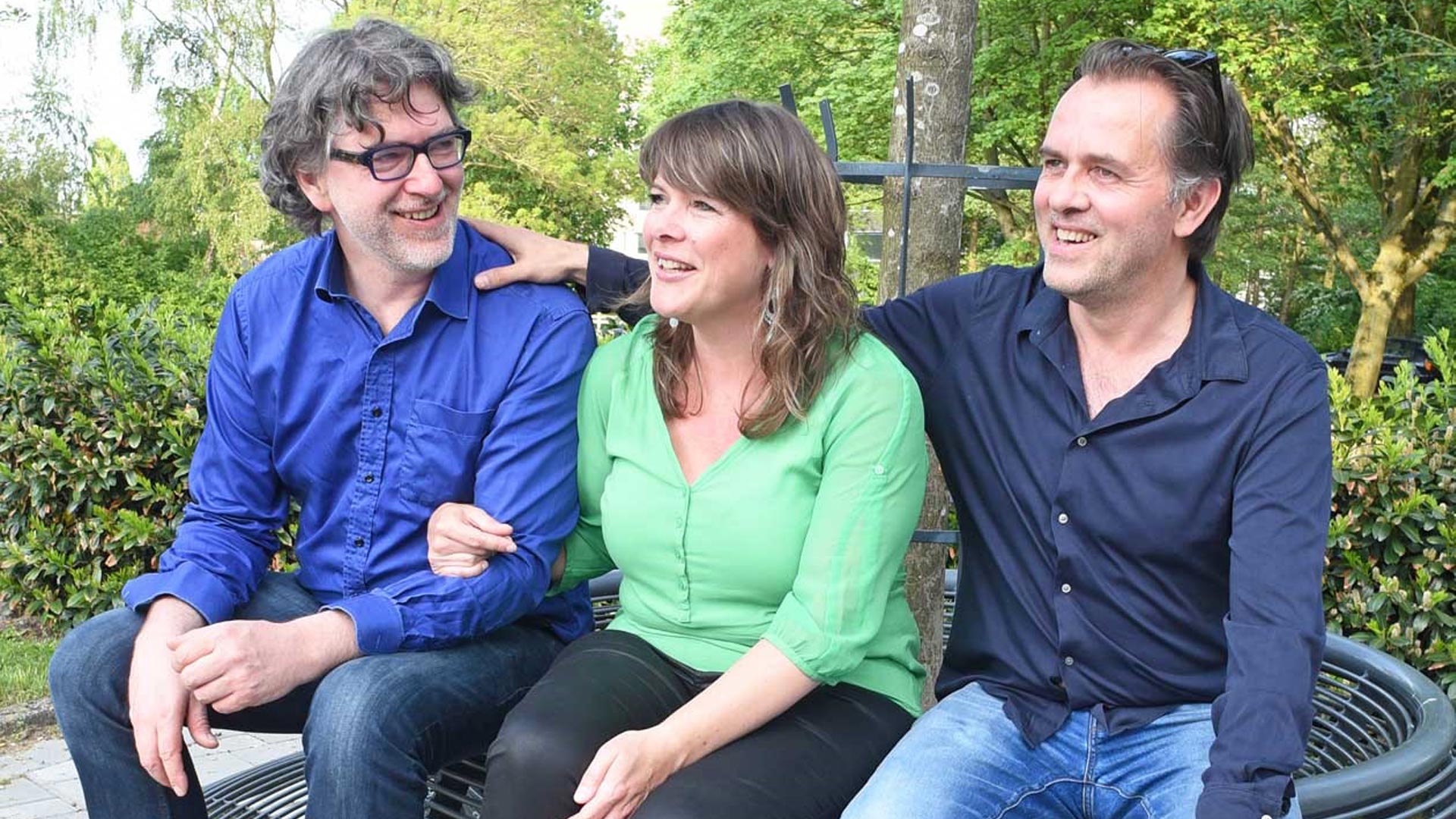 This trio with Joost Kesselaar on drums, Sven Schuster on bass and Sanna van Vliet on vocals & piano was formed after a concert in 2017 where these musicians felt a musical connection with one another. Sanna, Joost and Sven then decided to work together. Their repertoire is build out of original material by Sanna and Sven. Diving into writing her own compositions Sanna wants to give this trio a different and more personal sound. Their debut cd, entitled “Music for President” was released in May 2019 in Amsterdam. The second album album with all originals, entitled “Something About Time” has been released in october 2022.

Since the release of their cd “Music for President” the trio played at many important jazz venues and festivals, such as the North Sea Jazz Festival, Swinging’ Groningen, Red Light Jazz Festival, Jazz Venue De Tor and more.

“Light and airy describes this fresh recording from Sanna Van Vliet. Jazz roots are definitely evident but a modern spin permeates this work. Hopefully this new music resonates with the younger generation to put this lovely singer and pianist on the jazz map for the future!” Deborah Brown, jazz singer and educator

“This recording is an original and clever Song Book, of Short Story Jazz Pop Vignettes! Both sung and played with the highest of artistic standards! Uniquely accessible; with a keen understanding of vocal style, quality, intonation, diction and story telling! Wonderful recording in every way!” Justin DiCioccio

Animation by Patrick Doeven from Lynx Design from our song “Music for President”, composition by Sven Schuster.

“The Breath of Song” (S. van Vliet/ R.Gould). Clip from cd-presentation on the 5th of May 2019 at De Nieuwe KHL in Amsterdam, The Netherlands. Videorecording and edit by Harold Versluijs, sound recording and mix by Joep Lumeij.

“Feel Well Together” (music & words Sven Schuster). Clip from cd-presentation on the 5th of May 2019 at De Nieuwe KHL in Amsterdam, The Netherlands. Videorecording and edit by Harold Versluijs, sound recording and mix by Joep Lumeij.